You are here: Home / Bike / How the gears of a bicycle work?
Wall rack for

One of the central elements of every bicycle are the gears. In our post about fixies we have explained how fixed-gear bikes work, now it’s time to explain in detail how bicycles with gears are and how they work. 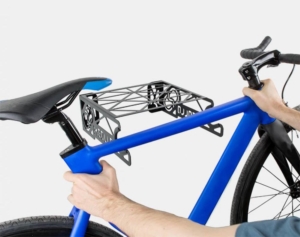 What are the bike gears?

Among the parts that make up a bicycle the gears of a bicycle have as main function transmit and distribute the energy produced by our body efficiently and, more importantly, constantly. Thanks to the changes, we can keep the bike running for longer and using less energy for it. Understanding properly how the gears of a bicycle work and knowing which are the most common types can help us a lot when it comes to choosing the bike that best suits our needs and to enjoy it a lot more when it comes to pedaling.

Gear change system of a bicycle

The gear change system of a bicycle also known as a drive train is formed by a variable set of parts, depending on the complexity and the number of changes, which work simultaneously to control the dynamics of the movement. All bicycles have, at least, one dish also known as a connecting rod. The bicycles of changes have two or more plates, each of which have a series of teeth in which the chain of the bike is inserted. 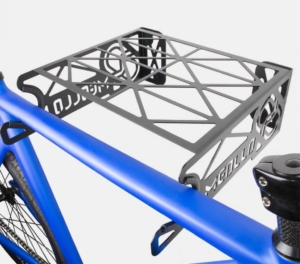 The set of plates that forms the rear derailleur of the bicycle is the pile of pinions or gears that are mounted on the right side of the rear wheel, with the pinion furthest from the wheel and the large pinion closest to the steering wheel. The chain of the bicycle is connected to the teeth of the front and rear plates causing the energy transmitted by the legs to the front change to communicate to the rear wheel.

Bicycles with changes have a set of parts called derailleurs, attached with cables to the handlebar controls that move the chain between the front plates or between the rear teeth. When you move or press the shift lever, the depressors move so that the chain jumps from one plate to another.

How to know how many speeds a bicycle has?

To find out how many speeds a bike has, simply multiply the number of sprockets on the back with the number of plates on the front. For example, if we have three plates in front and a 10-speed game behind, we will have a 30-speed bicycle in total.

How to use the change of speeds?

Well, sometimes we make a terrible mess with the marches and in the end one simply improvises as he can on the road or in the mountains. However, to have acquired a bicycle of marches and not be able to take advantage of it is a real pity. In addition, both theory and practice is very simple.

Remember that the small sprockets at the back are called “pinions” and the large wheels at the front are called “plates.”

March to descend a slope

To go down a hill, the ideal gear is the one in which it combines the largest front plate with the smallest rear sprocket. This same combination should be used when we want to go flat at full speed.

March to climb a slope

Conversely, if we want to climb a hill and not leave all the energy in it, we will use the bigger rear sprocket and the small plate, this will allow to keep the pedals spinning without effort constantly, even if the bike advances at low speed.

Precautions when using a bicycle of marches

For a correct use of your bicycle, it is necessary that you have some indicated precautions to guarantee not only your safety but also to extend the useful life of the parts that make up your bicycle.

Secondly, make sure before starting the march that the bike is set in a low speed gear or you can hurt yourself. If you need to start quickly and transmit a lot of speed to the bike you can do it.

Another important trick to keep in mind is to reduce the strength of the pedaling at the right time when we are going to change the gear and always change it one at a time. If you change several gears at once, the chain can disengage and have a good scare.

Maybe some of you do not know but today, just like we have power steering in cars, it is also possible to find high-end bicycles with electronic changes.

How to choose a mountain bike?